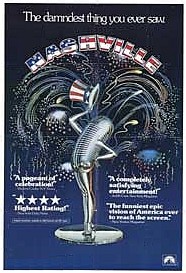 I'm a man.  I intend to remain so.  Therefore, when it comes to women's issues, I can sympathize, but not empathize.  I do know what it is like to be prejudged.  It is with great care that I approach this next subject.  I really don't want to embarrass myself.  Here goes. 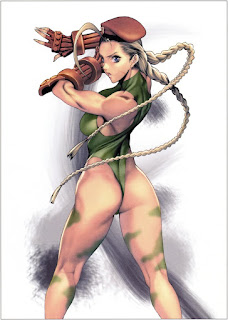 Awhile ago I read "Video Games and The Male Gaze" on Gamesutra.  It echoes a growing theme: today's video game industry is misogynistic.  Video game creators are 90% male and games are targeted to a huge male audience.  Furthermore, fanatic sexists inside and outside the industry are making life difficult for female gamers and creators.  I suggest you read the article before you proceed with this post.

I agree that male chauvinism ought not to be tolerated as a witness or victim.  I agree that sexist themes are common in video games.  I also become enraged when I read some of things that men have written on message boards and forums that humiliate both their female targets and themselves.  Yet something about this article really bothers me.

What bothers me is that it seems to broaden the definition of sexism to a level at which I become uncomfortable.  It is a level that promotes shame in men.  It is a level that seems to suggest censorship and self-censorship in art and expression.  It is a definition of sexism that does not come from prejudging, degrading or hating women, but rather is the result of societal hangups about sex.  It applies not just to "The Male Gaze" and video games, but other media and indeed real-life. 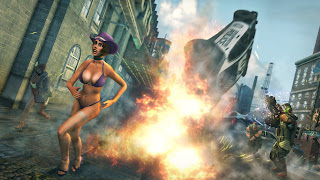 When a story is told, whether fiction or non-fiction, the good ones tend to involve remarkable things.  We love to see, hear and read about a remarkable personality, a remarkably courageous act, weird happenings, an unspeakable evil, a huge explosion.  We enjoy escaping our everyday lives to vicariously live an interesting life different from our own.  Most people, for instance, would be very interested to vicariously experience the events of the picture embedded in this text block, even if they would intensely dislike actually experiencing it.

Many people enjoy seeing uncommonly gorgeous women in their media for this reason.  Another thing that doesn't happen very often in real life is seeing gorgeous women taking their clothes off, completely naked, or wearing sexy outfits.  For instance, my life has a distinct lack of chainmail bikinis and I enjoy seeing women wear them as a result.

Visual media allow also the viewer to stare.  Our society has a huge stigma associated with staring at women's bodies.  Enlightened types (like me) allow ourselves a glance at an appealing bit of exposed flesh but try not to be conspicuous and are mortified if caught.  Women on the television, however, can be ogled until the frame changes and are never offended by a male gaze.

Basically, our society has a huge pool of people who like to freely ogle scantily clad, beautiful women.  (Have you noticed how I've been writing "people" instead of men?  Am I not sexual-orientation-conscious?)  Not just see them, but be them.  I assume some female gamers enjoy the experience of roleplaying extremely sexy woman, but more importantly, many men seem to like pretending to be a sexy woman even if acknowledging it makes them uncomfortable.  Millions of male Tomb Raider players can't be wrong.  With so many people wanting to see and be sexy, of course game developers and film producers want to cash in.  So, is it a bad thing?  Brandon Sheffield, the author of "Video Games and the Male Gaze" and many like him say "yes".  They say such images are sexist. 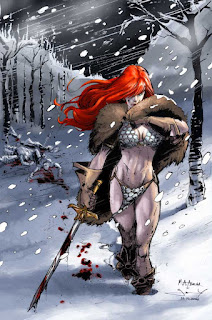 Is that true?  Not necessarily.  Wikipedia suggests that sexism is prejudging a person based on their gender, believing in gender supremacy, or holding people to gender stereotypes.  Going by this definition, seeing a picture of Red Sonja and assuming she's a stupid whore is sexism.  Showing her body, seeing her body and admiring her body are not sexist actions because doing so makes no judgment on her competencies or the content of her character.

What I believe these people are actually objecting to is the fact that she IS sexy.  They worry about how much skin is showing.  They focus on how long cameras linger on certain shots.  This is a deep-seated hangup that society has about sex.  Our culture has taught us that sex is dirty, naughty and wrong.  It has taught us to be ashamed of our bodies.  It has taught us that female nudity equals sex.  It teaches people that they are bad for looking.  The solutions of the prudes  inevitably force people to cover up and self-censor, stunt creativity and hide emotions rather than dealing with them.

It is not sexism that is driving the demand for lovely naked women, nor the shame at seeing them.  It is Victorianism.  If our society was cool with casual nudity, as in naturist communities and some tribal settings, seeing a naked woman wouldn't be a huge deal, nor would filming a naked woman be an issue, nor rendering one from pixels.  Remove the social stigma on nudity and you remove all the bullshit that comes with it.  Yeah, it's not going to happen in my lifetime, but one can hope for the future.  For now, we're stuck with the stigma.

Seeking to titillate is not wrong, nor misogynist.  It fulfills a societal desire, even if the taboo on nudity exaggerates it.  However, returning to the example of Red Sonja, one can still criticize the thought process that went into the creation of her image on a non-sexist level.  Most obviously, you might point out that her armour is going to get her killed.  If she doesn't freeze to death immanently, that scale mail is going to guide a sword blow directly toward her heart.  The urge to titillate has overridden logic.  However, comic readers are willing to suspend their disbelief because they like looking at her.  Once again, that is not wrong or misogynist.  It's worth pointing out that Red Sonja is an accomplished swordswoman, is powerful, forces her will upon the world and has a rich and developed backstory.  As tempting as it is to target her as a symbol of sexism, on her own, she is a fully-developed character with a preference for sexy, non-functional armour.

The problem is that there are just too many characters who look like her.  Just about every female video game character is designed to be sexy.  This is where the misogyny comes in, as many of these characters are poorly-defined, with bust-lines deeper than their backstories.  It falls neatly into the definition of sexism by pandering to established gender stereotypes.  It seems odd that busty warrior-women in sexy costumes are a gender stereotype considering that I have never met one in person, but there it is.

There are hundreds of butt-ugly, scarred, old, mud-spattered, hulking, weedy, or unappealing male characters to choose from.  Women video game characters are confined to a single young, athletic figure with varying boob/ass size and hair colour.  There's a world of different, real female body shapes and faces out there.  That's why this article excites me.  The author/creator has carefully made female avatars/protagonists who blow the traditional only-sexy character out of the water.  I would love to see more of what this mindset has to offer. 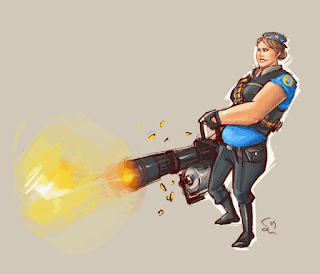 I like seeing sexy women in my video games.  I never want to see them go, and I suspect they never will.  What I would like to do, as a consumer, is reward game developers, by giving them my money, who create awesome female characters.  Sure, let them include many realistically-bouncy boobs.  But I would like them to expand the definition of "sexy" to include several other body-types.  I would like some female characters not to be sexy, or at least not have "sexy" be their chief descriptor.  But most of all, I yearn for real characters that I can identify with, care for or hate, and maybe fall in love with as the story unfolds.

A few years ago, when video game nudity was less common, Electronic Arts released a video game called "The Godfather II".  It's basically a Grand Theft Auto clone about walking around frightening people, murdering them and taking their money.  The combat system includes many bare-handed fighting and wrestling elements.  It has rudimentary strategy elements as well.  All-in-all, it was a real piece-a-shit, continuing the tradition started with the first Godfather game of horrifying Francis Ford Coppola. 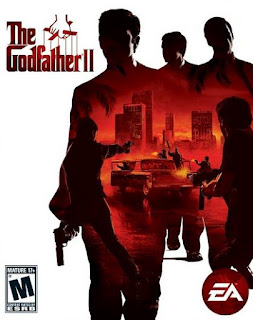 Included in the game are strip clubs in which the protagonist can view and interact with topless strippers.  You can sweet-talk them and slap their asses.  You can also shoot them.  But if you try to grab them, something interesting happens: they slap you and you are forced to let go.  See it here:  Oh yeah, it's not safe for work.

So why did they do it?  Probably, and this is a guess here, the creators knew that if you could grab strippers, social media would be flooded with embarrassing videos of topless women being manhandled.  They knew some concerned parent would see junior's video of himself pretending to hump a topless stripper and then murdering her, then come the outraged religious groups and censors and blah blah blah.  They didn't want to deal with that.

So... that's sexist, right?  I mean, their paper-thin personalities and acceptance of ass-slaps makes the strippers a sexist presence to begin with.  But the game singles out a group of women to protect for societal reasons, so it's more sexist?  Or is it not sexist because it empowers the strippers with martial arts?  Should EA be applauded for not allowing strippers to be grabbed or are they a bunch of cowardly hypocrites for making a murder-fantasy game and backing out because of nudity?  Shouldn't the random murdering be the issue EA backs away from, not the presence of strippers?

I dunno.  I'm just a boy.
http://pharoahphobia.blogspot.com/
Posted by Cheruby at 3:08 AM