During World War I, three Portuguese kids met the Virgin Mary.  I'm not sure why people paid attention.  Kids say a lot of dumb stuff.  My kid, for instance, claimed to have an invisible sister named Marceline last month.  I laughed at her, and I was correct to do so.  Early 20th-Century Portugal was a different time and place, and for whatever reason, these kids were big news. 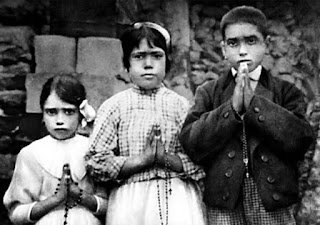 The kids told people to go hang out in a field and await a miracle.  And over the course of months, people waited.  About a hundred thousand of them travelled to Cova da Iria.  Newspapers sent reporters to cover the event.

Then, on October 13, 1917, something happened.  Nobody is sure what.  The Catholic Church now refers to this event as "The Miracle of the Sun".  Of the people who experienced it: 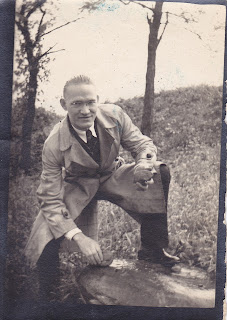 My grandpa Charlie, were he alive for me to ask, would tell me that those religious nutcases saw what they wanted to see.  He was a rocket scientist and physicist, and science was his faith.  Religion and magic are the realms of crooks and crazies, he might say.  He would have said that atmospheric dust created the illusion of The Miracle of the Sun, or that the loonies saw a parhelion rainbow, or maybe they were just staring at the sun for too long and hurt their eyes.

Charlie failed to get any of his kids to become scientists.  But I inherited his sceptical mind.  In the aughts, I was burned by unsourced left-wing, libertarian websites, and I honed my bullshit sensor.  I like my ability to sniff the false garbage that circulates on Facebook, and I like the idea that we can prove stuff by testing it.  I like the label of "sceptic".

I also want to believe in magic.  When I was a kid, I loved the stories of trolls lurking under mountains in D'Aulaire's Book of Trolls.  In my twenties, I became entranced with H.P. Lovecraft's tales and their moral that unspeakable terror lies beyond the borders of human knowledge.  Now, I write my own stories, and all of them are supernatural.

That, and I've seen some weird shit.  I  had an out-of-body experience when I stopped breathing on an operating table.  I've seen ghosts.  I've felt tingling energy flowing through a woman's fingers into my back. I've stepped into rooms and glades, knowing that their was an invisible presence with me.  These are not the words of a sceptic.

I desperately want magic to be real.  My senses tell me that it is.  Yet science consistently refutes ghosts and energy and chi.  My cousin once shared somebody's theory with me that since science never detects the supernatural, it must be very rare.  Brain misinterpretation of data and mental illness, however, are very common.  Therefore, most people who see supernatural things are either mistaken or crazy.

So that's me.  I couldn't have seen my dead friend Nick looking down from his old apartment window on Broadway.  I saw some other guy who looked like him and my brain filled in the rest.

At this point, I want to repeat a phrase beloved by alternative and pseudo-scientific therapies everywhere.  If you're a sceptic, you'll hate this: "(fill in the blank) harnesses the body's remarkable ability to heal itself."  This phrase makes my skin crawl.  But it's pretty much the only scientific evidence for magic that I can think of.

I'm talking about the placebo effect.  If you give a sugar pill to a group of people and tell them it will cure their illness, a bunch of them will get better.  Who do placebos affect?  Henry K. Beecher, the scientist who practically wrote the book on the placebo effect, said that they affect about one in three people.  Here's another funny one.  There's also such a thing as a noncebo.  This is a harmless substance that, if the patient believes it is bad, will have detrimental effects.

What is central to placebos and noncebos is that they hinge on belief.  They help or harm because people believe they will.  The reason it works is something to do with expectation, but the science seems really fuzzy.  The point is that your health is, to a large part, subjective.  If you truly believe that acupuncture, reiki, or cutting gluten out of your diet will make you healthy, it might.  Even if you think that you will be healed by sneaking into the Vatican and taking a draught from the Pope's toilet, there is a one in three chance that it will work.  Belief!

The immanent physician, Dean Ornish, made a quote about science that I like.  He said, "A valid scientific theory is predictive, verifiable, and replicable.  To me, that's beautiful."  In the spirit of that, allow me to give magic the same treatment.

Magic is unpredictable, unverifiable, and subjective. 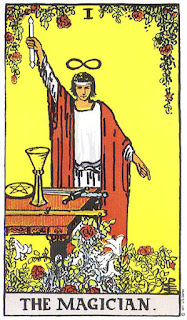 Magic can never be quantified by science, because there is never any guarantee that it will work, even in the hands a master.  When it works, it sometimes doesn't work as advertised.  Furthermore, because magic is subjective, the presence of sceptical minds makes it less likely to work.  One person will see two suns rising and be moved to prostrate tears, while another will observe nothing.

Science is great.  It has elevated our humble species.  We live longer, we build astounding things, and we rule the planet.  It provides a great baseline for existing on earth.

However, sometimes weird shit happens.  When magic occurs, it is awe-inspiring, terrifying and cathartic.  It is wonder at seeing two suns rise.  It is inexplicable terror in a lonely place that makes your heart pound.  It is a terminal cancer patient beating the disease.  It can change your life, or become your reason for living.  If you refuse to believe in miracles, it makes them less likely to happen to you.