Awhile ago, I played a game on Facebook called Mafia Wars. I'm sure that this game has undergone massive changes in the year-and-a-half since I quit playing, but back then, it was a disaster. You clicked buttons over and over again which represented various crimes. You bought and received simplistic items, including horribly unbalanced items that could be purchased with real dollars. Then you spent health points to attack other people, another button-clicking action that produced simplistic results. This poorly-planned mess could barely be called a game. And yet I came back again and again, checking my Mafia Wars account several times daily once my energy meters refilled to click more buttons.

Why? Because the game also included character development and advancement. After each crime you committed you gained experience points and levelled the abilities of your character. I had to stay up just one extra hour so I could gain enough energy to commit a crime that would level me! Ooh! I just got an awesome ice cream truck that adds to my attack score! Greasy Jeremy's doing awesome! 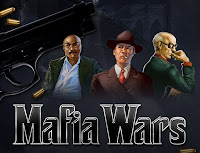 That was okay for awhile, but then it began to irritate me. I began the question the spiritual, intellectual, temporal and entertainment purpose of levelling my Mafia Wars character. When I searched for answers, I saw the roaring abyss of nothingness and knew it was time to move on. Greasy Jeremy went clean and gifted all items he was able to his friends who played.

It was after I had purchased DC Universe Online two months ago that I began to hear the roar of the abyss again. I had been anticipating the release of this game for more than a year. Superheroes are awesome and I was eager to play an MMO on my PS3. At first I took delight as Ludwig van Scorchoven, a tight-panted, shirtless villain wearing a top hat, launched burning meteors at victims through sheer passion and shattered the eardrums of his enemies with sound blasts. Then I lost interest. When he gained level 12, I actually angerly tossed the controller at my feet. This was going nowhere. I was bored and I had spent $60 on a game which no trader would accept because I had used the free month of subscription. I was screwed and felt like a retard because I had spent good money on a game that offered less play value than even Mafia Wars.

The fault with DC Universe is not in the mechanics of the game. The mechanics are fine. The problem was that I had played this game before. In 2007 I spent half a year immersed in City of Heroes, another MMO superhuman game. This game used the same MMO formula as World of WarCraft, easily the world's most successful MMO. I had also encountered the MMO formula in by brief forays into Champions Online (which is actually more fun than City of Heroes) and Lord of the Rings Online. 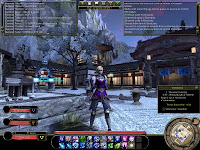 The formula goes like this: you create a hero. Then you run around attacking groups of eternally respawning enemies who have their names written in different colours to help you know if they're too tough. These mindless idiots stand around waiting to be attacked, despite the fact that their friends are being slaughtered ten feet away. Certain NPC characters can be seen standing around in central locations, offering quests. The quests are usually tasks like, "Defeat 20 mindless enemies" or "Click on five helpfully glowing boxes". Occasionally, you can recruit the help of your friends to beat up some mindless enemies, or you'll be minding your own business and then suddenly die when a Player Killer ambushes you.

However, the thing that truly annoys me about the MMO formula is that nothing is permanent. Despite the fact that numberless NPCs say stuff like, "Congratulations! You sure showed those orcs a thing or two" or "Excellent. Scarecrow is behind bars", your hero cannot truly influence his environment. Those orcs will always be respawning in the woods and Scarecrow's fear gas can always be seen floating above Gotham. Every box, sidewalk and building is indestructible and if you write your name on the wall with a machine-gun, it will vanish within 30 seconds.

In short, once the novelty of attacking mindless enemies and other PCs vanishes, all that is left is character advancement and development. This is no different than that catastrophe of a game, Mafia Wars. Experience points are a wonderful incentive to play a game, but levelling your character is not a game. The game should be how your character interacts with the environment and other players. If your character's effect on the environment is meaningless, so is the game.

So here is my decree. Until some game washes away the stagnant World of Warcraft MMO format, I will never play another. I want to see my avatar make meaningful change possible upon his world.

And yes, I know that with the current way MMOs are played, such a proposition would be impossible. Great mountains of defeated enemies thousands-deep would litter the forest. Troublemakers would wander around burning down buildings. Within a week, any City of Heroes would be reduced to a pile of scorched rubble, save for a few buildings which still stand, blasted into the shapes of penises.

Please allow me to describe the MMO I want to see. Not being a game designer, I have no idea if such a universe could exist under our current technology constraints. But here goes.

Nothing is randomly spawned in-game. Every NPC who lives there exists even when no PCs are around to see them. They have a place in the universe where they live and routines that they follow to survive and have fun. They have wants, needs and fears. In this way, every NPC is a potential quest-giver: he or she wants money, food, a place to live, the attentions of a loved one or vengeance on an enemy. Any PC who talks to one can hear them say, "God I'm hungry. Can you get me some food?" or "Mister Blister stole my purse! Teach him a lesson and I'll make it worth your while!" PCs should be allowed to create their own quests which any other PC can complete for reward. When every PC logs off, he leaves his character behind as an NPC with a place in the universe.

The universe should be a place of creation as well as destruction. In order to counterbalance the troublemakers who want to burn everything, PCs should be able to own property that they would want to protect. Using basic materials such as wood, stone, fabric and metal, players should be able to build and design structures, furniture and other posessions, kind of like Little Big Planet with a permanent address. Can you imagine how awesome it would be to publish a book on virtual paper in this universe?

The universe itself should be a story. If the actions of the players cause the destruction of the universe, then the universe will have to reset itself and everybody has to make new characters. If they don't like that, well maybe they should have worked a little harder to prevent disaster.

Lastly, it seems as though such a universe would have to be one in which death is rare, if non-existent. So either comic, high-magic or high-technology. But defeat should be meaningful and have consequences. Either a loss of XP or money or something should do the trick.

Because players can create, this game would necessarily have to be M-rated. When players are allowed to create, the cocks start appearing. The sex-obsessed masses of humanity will begin constructing giant dicks within a day of the game's launch, so there's yet another reason to have the universe be a comic place. Or, God! Even better, I'd love to see prudish players forming decency leagues in-game and destroying every penis they see! 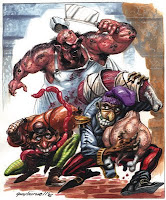 Okay, this game is starting to sound like a sociology experiment. But don't the best games, like the best art, tap into humanity's embarassing nature? I'll stop my description here, other than to say that I would love to see an MMO based on GURPS Goblins. Those of you who know me well, however, will not be surprised and accuse me of indulging my Goblins obsession. Guilty as charged.

So. Anybody want to buy a copy of DC Universe Online off me? Anybody?... (crickets chirping...)